The Meaning of the Gladiola

Death or the gladioli,

the train tracks have already taken

companions , too quick to take in the malady.

but no invited parties, 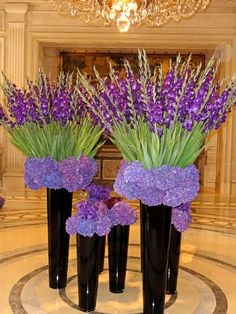 Gladiolas are looked upon as a traditional species within the flower industry, a bloom that has proven dependable and available through the changing climate of the business.  Their appeal is duly associated with their spike-like shape and large blooms that spear out of the sides of the stem along with the wide spectrum of color that is cultivated.  The impressive length to which the gladiola grows makes it a very useful variety when designers look to create high standing centerpieces that need to promote a “showy” presentation.  Typically, the cost of the flower is fairly low, making floral buyers attracted to adding glads to their list of regular purchases from wholesalers.  If you’re a summer lover who also loves flowers and just has to fill those table vases with something that won't croak in the heat, gladiolas are just the right pick because they can withstand slightly warmer temperatures compared to other options. 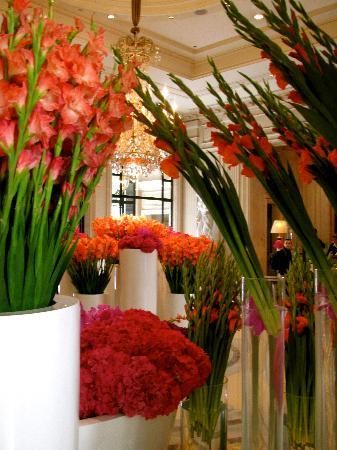 Funny enough, their symbolism doesn’t reflect their physical attributes in quite the same way.  Gladiolas are associated with arrogance and combativeness.  One can make an argument that their spear-like appearance is responsible for this reference because it looks like a weapon but in actuality, the Latin root word ”gladiolus” has historically been tied to the fierce gladiators of ancient Rome.


Like all flowers and their meanings, the gladiola also has a counter interpretation of reflecting passion, integrity and infatuation.  Some believe that if you give the person you love a bouquet of glads, you will pierce their heart causing them to become blinded with love in return.  The 40th wedding anniversary of a couple is traditionally honored with an arrangement of these blooms with the intention to promote another 40 years of continued passion.


A third implication of the flower’s meaning can be paired with remembrance and sadness.  If you don’t think you’re familiar with gladiolas, I bet you’ve seen them when attending a funeral since this variety is almost always used with casket sprays, altar pieces and other components of funeral flower arranging.