The Significance of Flowers on #ValentinesDay

Most of us associate Valentine’s Day with cards and roses, gifting these treats to those who are or would like to be in relationships.  Teddy bears, chocolates and fuzzy romantic packages are exchanged on the 14th to signify couple’s love for one another as well as those who seek to find companionship.  The tradition started back in the Roman times and is still celebrated today becoming one of the largest retail holidays during the year, particularly for Boston florists. 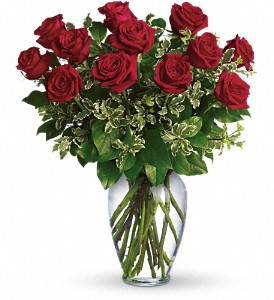 But what is the significance of February 14th in terms of historical importance?  You would be surprised to learn that there is a fascinating story, which is believed to be the real meaning behind Valentine’s Day (and that doesn’t include Cupid’s arrows or other mythical characters).  In fact, the ritual can be traced all the way back to 200 AD Rome when it was under the control of a brutal ruler named Claudius II.

Claudius II was a fierce emperor who believed that any romanticism, which encouraged his young and single soldiers, was only a distraction and curtailed the strength and brutality his army to become weakened.  So much so that he banned all future marriages for those who remained unwed and illegalized any other rites that could be seen as similar. 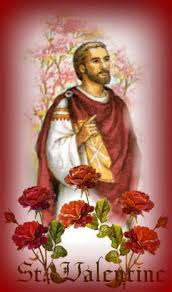 For Priest Valentine who had performed all of the matrimonial ceremonies for several years, this became an outrage.  Ignoring Claudius’ orders, he performed these ceremonies in hiding until one day he was caught and arrested.  During his incarceration, he met the jailor’s daughter who was blind (he later healed her sight) and fell in love.  Soon afterwards, the jailer’s family secretly converted to Christianity but was unfortunately captured by the emperor’s soldiers after learning of their treason and they too were sentenced to death. Although the tale has no happy ending (both lovers were executed by clubbing and decapitation), Valentine left a note to the jailer’s daughter before his death reading, “From Your Valentine”.  Later, Valentine became a Saint and was idolized as the patron of this holiday.

Thousands of years later, we still recognize February 14th as a time to express our feelings of adoration for one another and utilize Priest Valentine’s gesture by presenting cards, roses and other sweets to our loved ones.