A Poem for the World Series via Exotic Flowers in Boston

At Exotic Flowers in Boston, we are huge baseball fans. We sponsor little league teams in Boston and Westwood. We even sponsored the Red Sox from 2007-2009. The Official Florist of the Boston Red Sox was cool and we still maintain a lot of contacts at Fenway Park. We remain strong supporters of the arts and literature, we enjoy sharing classic poems with our friends.

Below is the poem

"The Base Stealer" by Robert Francis

Poised between going on and back, pulled

Or a kid skipping rope, come on, come on,

Running a scattering of steps sidewise,

How he teeters, skitters, tingles, teases,

This poem is offered in almost every high school English class. My first exposure to this poem came at The Roxbury Latin School. It has stuck with me all these years and I am happy to share it with you.

My favorite base stealer was Rickey Henderson. Who was yours ? Henderson signed this card me as teenager. He was always great with the fans. If you ever want to know how cool a guy Henderson was, read this article by social media giant Gary V. 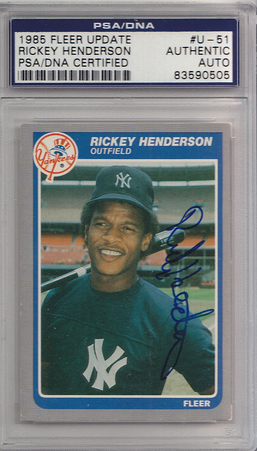