The Symbolic Meaning of Bachelor Buttons


The color ran down the canvas

Watery blue like the shoreline of some port town

As blue as the button on the waist coat

That lay forgotten in your wooden trunk.

It was given to you long ago

When you were still a young gent

By the lovely lady who lived next door

The one you married a year later

With eyes the color of the sea

In some old forgotten port town. 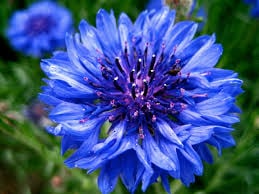 Bachelor Buttons are one of the most striking gifts we are blessed with during the summer months and luckily, they seem to spring up almost anywhere.  They are deemed an old blossom associated with traditional times and are typically seen in English-styled postcards and paintings.  The flower’s happy blue faces are enough to make anyone smile along with their delicate shaped heads stretching out like tiny individual stars.  Otherwise known as “Bluebottles”, Bachelor Buttons are common across the northeast and grow like weeds where you least expect them, especially within wheat fields where they receive their symbolism of “opulence”.  There have been a few surprise sighting throughout history, one of which was during the excavation of an Egyptian tomb.  When archeologists went to explore King Tutankhamen’s crypt, the last thing they expected to find amongst gold was a wreath still intact made out of these indigo wonders.


Dating even before King Tutankhamen, myth says that the Bachelor Button was even tied to Greek Mythology when Chiron was attacked with an arrow but cured with the flower’s powerful nectar.  This soon became the basis for making the blossom signify “protection” and “healing”.  Interestingly enough, Bachelor Buttons are proven to possess medicinal properties when the petals are soaked in boiling water.  If the heads are then placed on a person’s eyelids, they are supposed to be soothing and capable of alleviating issues like puffiness or redness. 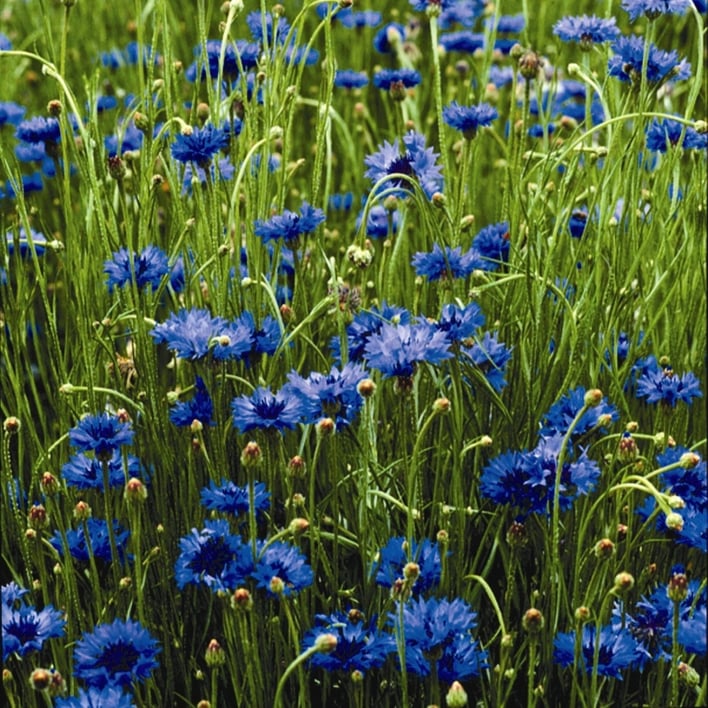 Turns out I’m not the only fan of this electric blue stunner either since France holds this variety as part of their national flower collection.  Bachelor Buttons were also John F. Kennedy’s favorite as well.  He loved the flower so much that he wore it on his lapel the day he married Jacqueline.  He did this in order to pay tribute to his father.


Along with it being symbolic of “delicacy”, “purity of feelings” and “good fortune”, the flower is said to be able to tell the future outcome of a new relationship.  Place one head in your pocket and if the flower is still alive the next day, the couple will have a long future together.  If it dies before the next day, then it's time to call it splitsville fast.