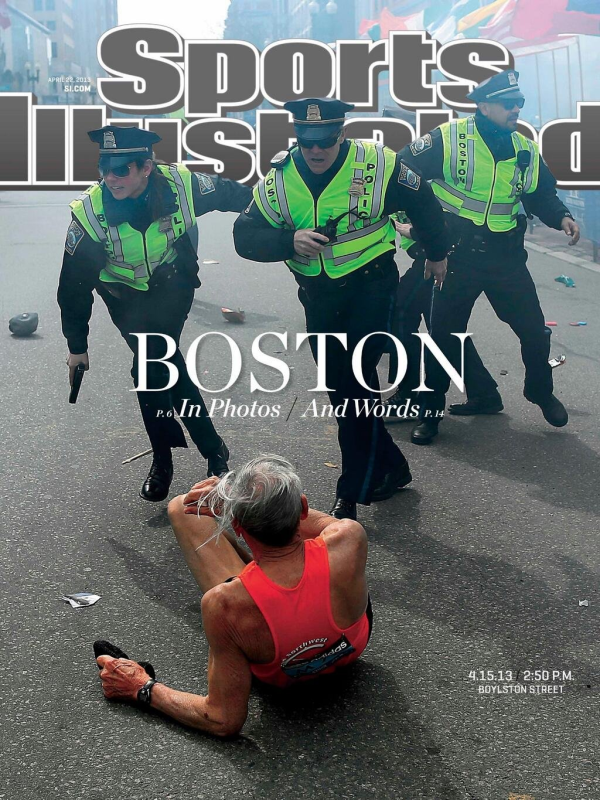 Reposted from April 20, 2013**
by Suzie Canale
After the terrifying acts that have occurred in Boston over the last week, being a Bostonian, I felt the need to cope along with the rest of my city, a place that I love dearly.  Since a writer writes, here is my reflection of these events. Although completing all verses rather quickly, I was at a loss of words for a title.  My 8 year old son simply turned to me and said, "Name it Run, Run, Run."

The sun was shining and the air was warm,

As the runners took their place at the start,

Lacing their sneakers and stretching their legs,

While the thrill of the race pounds each heart.

Off they went, crowds of hundreds and hundreds,

All set out on the exciting run,

Joining together in the infamous race,

The fans were aroused as they cheered each one on,

While the athletes passed by in quick haste,

Although they competed to win the gold first,

Themes of brotherhood were seen interlaced.

No one expected such a tragic end,

When a shock had impeded the scene,

Tainting the moments of purity and love,

A dark evil, which had been unforeseen.

As the community was left in a tearful mourn,

The prayers echoed throughout the night,

The city’s brave angels worked as fast as they could,

Helping wounded through the gruesome site.

At first, all were stunned as to how to move on,

In a flash of a second, the heroes arrived,

Saving the lives of the city they loved,

While they held us and wiped away tears.

A rush of concern came from around the world,

Sending courage to get us all through,

Even the Yankees stood strong in support,

To New York, Bean Town loves you, too.

So we will stand all together and unite all as one,

As our fight for our freedom is sought,

We’ll remember the lives of those tragically lost,

Eight-year-old Martin will not be forgot.

It may take some time, but we know it’s the truth,

We see no other way to go on,

Boston will rally again for the day,

When we run next year’s marathon.