The Meaning of the Dog-rose

To the laden gloom of roses

Desire in the hands of the blind

Prefer, in passing, the dog-rose

Of which I am the loving thorn

That survives your feelings of love. 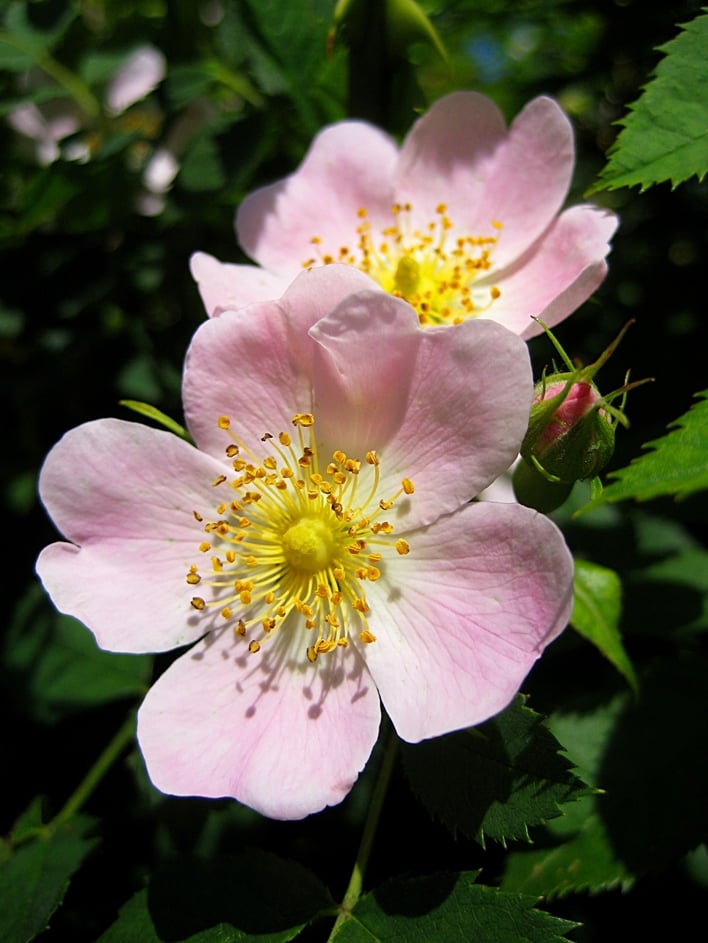 The Dog-rose is a beautiful spring flower blooming petals in soft shades of pink that surround a center of bright yellow sepals.  The architecture is delicately unique as it bends its boughs downward to reflect a waterfall effect.  The species grows in a bush-like formation and is also commonly referred to as “Sweetbriars” and “Witches Briar”.  As if their ornamental features weren’t enough to allure onlookers, the Dog-rose produces ripe red fruit when the autumn season arrives.  Theorists say that the berries are high in Vitamin C so they’re desirable for natural healers who like to use them in brewed teas, wine, jellies and syrups.


The first recorded significance of the flower dates back hundreds of years ago to The Academy of Floral Games (founded in 1323), which gifted poets a sprig of Dog-rose to reward them for their literary excellence.  Due to this ritual, the branches became increasingly popular and can be found frequently mentioned in several famous poems.  Most prevalent in the United Kingdom, William Shakespeare wrote about the flower in “A Mid-Summer Night’s Dream” quoting his words:


“With sweet musk-roses and with eglantine."


Symbolically, the meaning of this shrub is quite extensive since the two dominating themes surrounding the flower are pain and pleasure.  The reference to “pain” is said to come from the belief that the medicinal properties of the plant can be used to cure a mad dog’s bite.  Rabies were commonly treated with the plant’s nectar before sophisticated medicines were discovered although if you ever find yourself in this situation without a nearby doctor, look for a berry from a Dog-rose bush and squeeze the juices onto the wound.  The positive meanings stem from its focus around “romanticism” and “pleasures of the body”.  In medieval times, Dog-rose was placed at the end of a maiden’s bed to signify a king’s interest in her company after the court and staff fell asleep.  Once the maiden received such a token, she was instructed to sneak into the royal chamber without being noticed where he would be waiting for her.


Today, the Dog-rose reflects a seasonal meaning of awaiting spring since it is one of the first bushes to bloom after the winter’s closure.  Used as either landscaping or as cut flowers, they make a beautiful variety for flower lovers to enjoy both in and outside their homes.