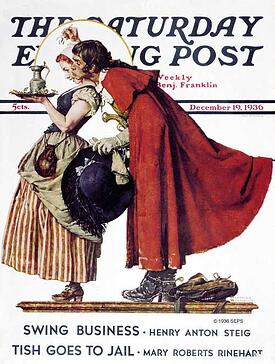 Mistletoe is a tradition of Christmas where we hang bundles over the hearth, in doorways and in the arches of our hallways.  We recognize the symbol as a signal to kiss whomever is standing beneath it, but history says there is another origination all together.  Mistletoe was first used by the North American Indians, the Norse and the Druids for several different purposes, although it mainly held a protecting significance from evils such as goblins and demons.  The branches had to be cut with a golden sickle and could never touch the ground or the leaves would loose their powers.  If you ever wondered why it is commonly hung on front doors, the Druids began the custom where they believed that a gathering of mistletoe would ward of bad weather and unwholesome spirits.  Later, the plant became manifested more towards a romantic practice where anyone who stood beneath, was met by affection by the opposite sex.  It was said that if the woman refused the advance, than she would not be married for an entire year.  Another interpretation of the use of mistletoe was used as a sign of peace (which still holds today) where apposing soldiers would have to lay down their weaponry if they met under growing mistletoe in the forest.

How to Spot Mistletoe

Mistletoe is part of the parasitic family, which means that it needs the help of another living thing to survive.  In this case, the plant is usually seen growing on oak trees where its roots embed themselves within the bark.  Mistletoe feeds off the food that the tree provides and then grows accordingly across the branches.  The leaves can be easily identified in the wintertime because they stay green when other fauna has changed to a brown or grey tint.  The berries can be either red or white and are always toxic to the taste that may cause diarrhea or even death. 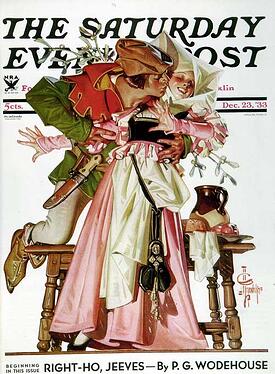 Make sure that your mistletoe has been freshly cut because it does not live for long periods of time without its host.  Tie the ends upside down and secure a ribbon around the clinched ends (preferably red).  Tack a nail or pin in your doorway and hang the bundle 1 foot down as to be sure not to interfere with passerby’s who walk underneath the threshold.  Enjoy the beautiful decoration for the season and if preserving is desired, store in a dry, unlit area where it can be saved for a later date.

Suzie can be found under the mistletoe with her husband at their home in Westwood.