What can florists learn from Leonardo da Vinci?

Leonardo da Vinci was one of the world’s greatest artists, inventors and mathematicians of all time whose contributions led to thousands of discoveries that enhanced the way we live today.  Through his philosophical and analytical thinking, da Vinci was able to create inventions that paved the way for contemporary machinery as well as provide a system for trouble shooting that would aid in unforeseen problem solving.  Due to his work, architecture, aviation and transportation have all been inspired by his scientific accomplishments and continue to grow from his documented advances.  Leonardo was the original Renaissance Man having a multitude of talents that extended far beyond his love for painting, having a passion for learning which led him to fascinating areas of exploration.  Scientists, technologists, engineers and many others continue to learn from his methodology of technique… and that even includes florists! 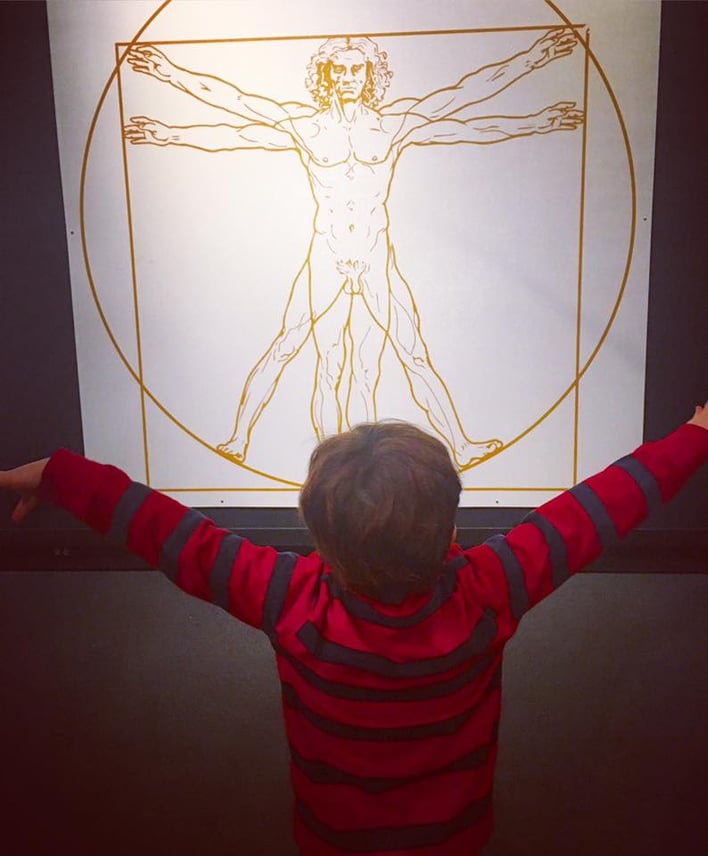 Interesting enough, flower designers can learn a lot from da Vinci through his style, balance and naturally brilliant arithmetic mind.  Within everything he made, there was a constant desire to manifest a sense of functionality, sensibility and efficiency no matter what genre he was working in.  For instance, the bicycle model he constructed was carefully erected to distribute a greater rear wheel suspension than the front, where a person would be lifted higher into the air.  The theory behind this was to be able to drive the bike forward faster by using higher hind resistance allowing the front to be easily steered.  Florists can use this lesson by deferring more support to the base of each arrangement while keeping the top lighter with product.  As seen in this beautiful bike display, the designer paid close attention to place a basket of blossoms on top of the rear wheel to showcase the need for a visual equilibrium. 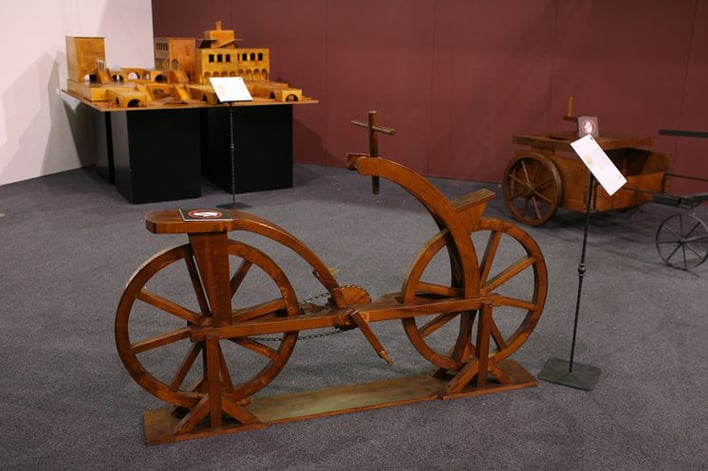 Taking a lesson from Leonardo’s Vitruvian Man, we can forecast equipoise in bouquets produced, consistently paying close attention to the symmetrical ratio in everything we design.  While it is true that floral fads deem angled branches and protruding stems to be a fresh way to create pieces, take it from the infamous artist who stood by the notion of consistent counterweight and proportion.

The Museum of Science in Cambridge, Massachusetts is hosting Da Vinci - Genius through February 26, 2016 -- check it out we did. It's eye opening.