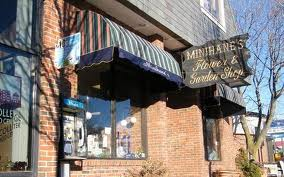 What Happened to Boston Florist Kabloom ?

What happened to giant florist chain Kabloom flowers ? Kabloom arrived on the Boston scene in 1998 with a wave of publicity. With Staples' Tom Stemberg an early investor, KaBloom was on the fast track opening locations throughout Boston and the country. Founder David Hartstein wished to be the Starbucks of flowers.

Hartstein grew the business to 120 stores. Kabloom had at least 3 flower shops in Boston which I recall. I remember a KaBloom on Hanover Street in the North End, a KaBloom on School Street near the Omni Parker House and a KaBloom in South Station. KaBloom now only shows a store on Harvard Street in Brookline.

Hartstein missed that Bostonians know their flowers. They also know what they are looking for and appreciate a Boston florist who cannot only make suggestions, but provide high quality flowers, plants, knowledge and worldwide service.

Did KaBloom's huge advertising budget help close their Boston flower shops ? Perhaps. Or are Bostonians looking to deal with family owned and operated stores ? Bostonians know that flowers can be purchased on street corners, grocery stores, train stations and flower shops. Boston florists need to know their customers and give them what they are looking for at a fair price with good service.