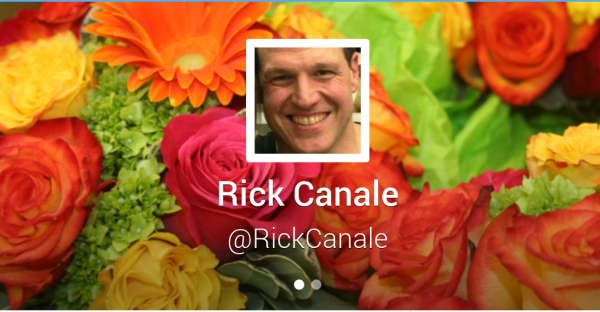 Once you've added these five people to your profile, then you can add our list of honorable mentions.
Companies like @LLBean, @comcast, @VZSmallBiz and @NotifyBoston have all shown me how quickly customer service can happen via Twitter.
Of course I would be remiss to not mention how cool it is when a celeb follows me. @FallonTonight,  @TRACIBINGHAM, @JoeyBats19,  @JosephKellyJr
@MikeBiv. Thanks to them and all my followers. It is likely that Exotic Flowers in Boston will not have a Twitter account. We want to keep our relationship personal. Thank you for trusting as your florist in Boston.
If you want to connect with me on Twitter, I am @RickCanale.
0 Comments Click here to read/write comments