Dr. Seuss and a Love Affair of Flowers 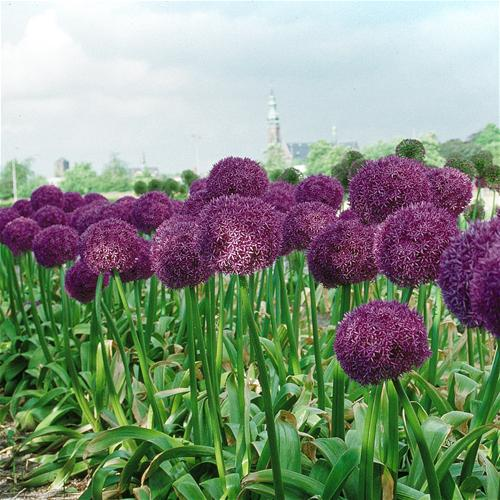 As we celebrate the birthday of Dr. Seuss (March 2nd), florists and gardeners embrace Seuss' inspiration from flowers found right in our own backyards. Pictured above, Gladiator Allium showcase the imaginary worlds that Seuss created. 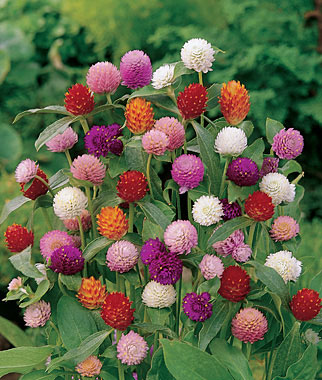 Summer flowers like Gomphrena show the fluffy spheres of color so prevalent in the children's stories.
Craspedia also known as Billy Balls are another flower that one can see inspired Dr Seuss to create such memorable images. 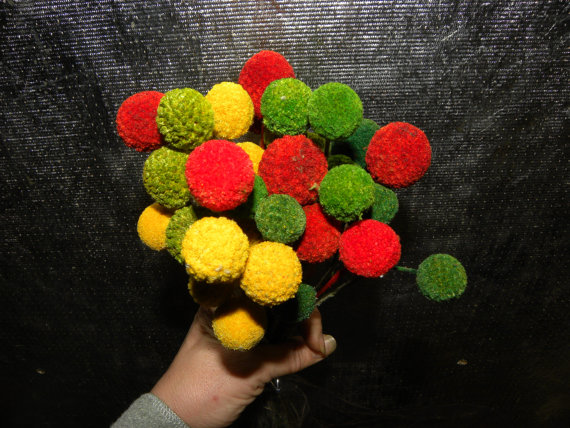 With two young boys in the house, there are many Seuss books in every nook of my house. I am also fortunate to be married to children's book author Suzie Canale. Her book 'The Land of Chocolate Cosmos' has been called 'The Lorax' of our generation.
Dr. Seuss and flowers are such a popular concept that PBS kids has even created an online game known as Dr. Seuss Flower Finder where kids and adults can create their own flowers. 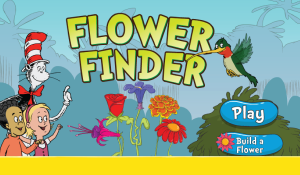 Dr Seuss has inspired so many creative people in the floral industry that a float in this 2013's Rose Bowl featured the Cat in the Hat. 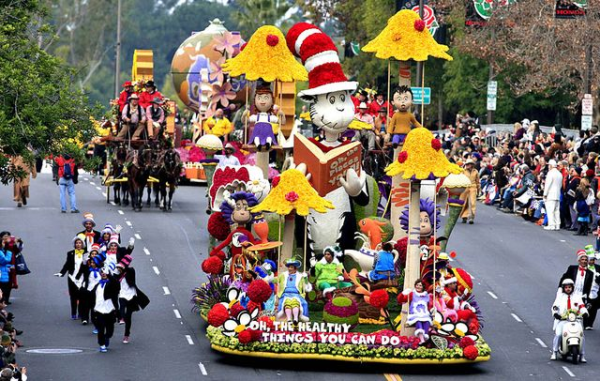 Highlights from the 2013 Rose Bowl Parade

At Exotic Flowers in Boston, we often celebrate events and holidays with flowers. We see how fresh flowers help create memories and amazing experiences. Nowhere in the United States is this more present than the Tournament of Roses Parade in Pasadena, California. Millions of blooms of fresh flowers are on showcase for the world to see and be in awe of. Here are some of our favorite photos from the 2013 Tournament of Roses Parade. 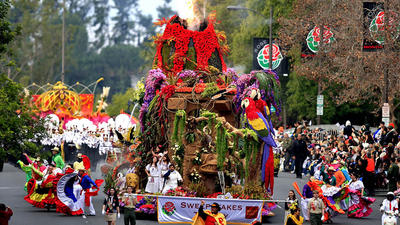 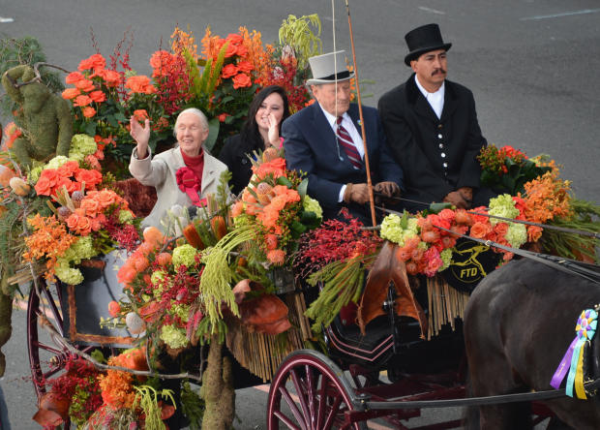 Our floral partners at FTD have been proud sponsors of the parade for decades. The FTD floats have also won many awards.

The 2013 Rose Parade featured 41 floats, 24 marching bands, and 21 equestrian units. The Dr Seuss float was my personal favorite for 2013. Note the hundreds of green apples around the base of the float. This float won the award for best theme at the parade. Of course being married to Children's Book Author, Suzie Canale is another reason I am so partial to Seuss. 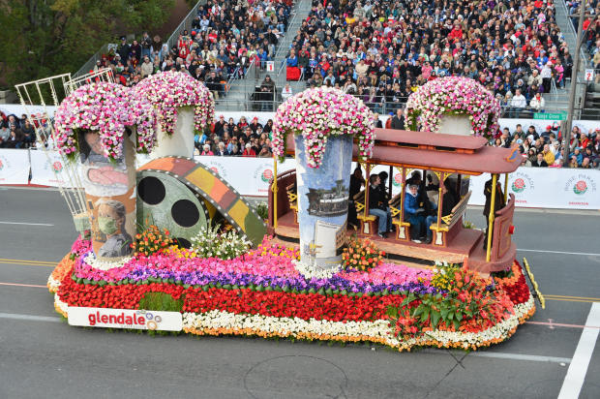 In 2013, our favorite New York florist, Starbright Floral Design, sent top designers from New York to Pasadena to volunteer their skills on the floral masterpieces. 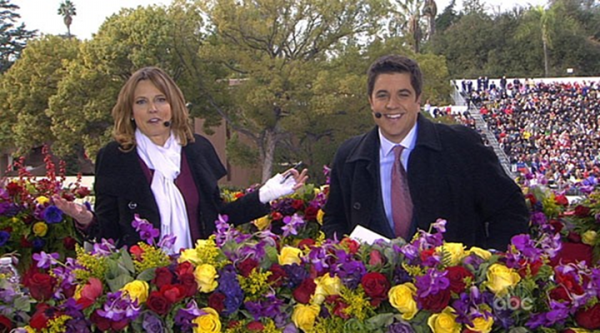 No detail is unimportant for the Tournament of Roses event. Check out the table for ABC which is loaded with toses, orchids and solidago.

So You've Never Been to a Flower Festival

For those who love flowers there is no better way of celebrating their passion than attending one of the many international flower festivals held throughout the world. An increasing number of keen horticulturalists are taking time off from hunting for the latest gardening deals and jetting off on their annual holidays, booked to coincide with these magnificently flamboyant events. It’s easy to see why they’re seduced to join in with the carnival atmosphere. Whilst there are a number of festivals closer to home, in the United States, sometimes it’s good to look further afield. Here we highlight some of the biggest and brightest flower festivals around the globe.

We always associate Holland with bulbs, of course, and they are a huge part of Dutch cultural life. For hundreds of years the Dutch have prided themselves on their superior growing techniques, and they lead the world in bulb production. The Bloemencorso – which is Dutch for ‘flower parade – is not a single event, but a series of them, which take place in many towns in the Netherlands and Belgium. The parade includes floats, and other vehicles, which are elaborately adorned with beautiful blooms. They always take place on the first Sunday of September. To see the largest of the festivals, go to Zundert, where only daliahs are used to decorate the floats, making stunning displays. Whole villages compete against each other, with the entire population getting involved, young and old. Each float is hidden inside a tent for decoration, so that prized designs remain hidden. It is a tradition for children to be involved in decorating the floats, and they are there to show off their creations on the parade day.

Every June there is a huge flower festival held in Genzano di Roma, a province of Rome in the Lazio region of central Italy. This tradition has continued for over two centuries, and is held on the Sunday and Monday after the feast of Corpus Christus. A theme is decided the year before, such as the palette of Michelangelo, or the designs of the artist Bernini. The whole town takes part, and converges on Via Italo Belardi, with designs sketched out in chalk on the street, and outlined in soil. The pictures are filled in with colourful petals and flowers, and the whole effect is stunning. A patchwork of colour unfurls, like a beautiful carpet. The tapestry remains for two whole days while it is judged and admired. But, as ever, life must go on, and to end the festival local school children are invited to destroy the beautiful work, which is as much fun to watch and the construction of the carpet itself. As it has been running since 1778, there is a rich body of writing about the festival, from many famous writers who have witnessed it. Hans Christen Anderson remarked, “The whole street is a carpet of flowers.... Not even a breath of air moves and the flowers lie on the ground as if they were heavy precious stones...". 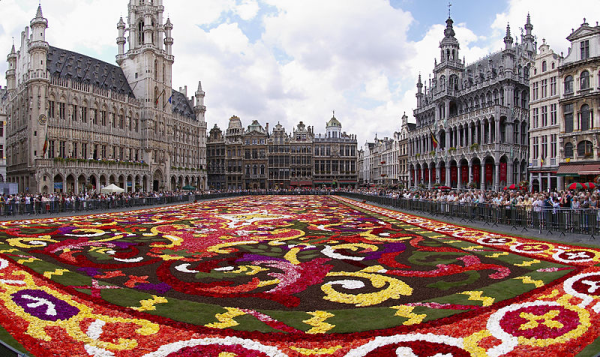 Another flower carpet extravaganza can be seen in Brussels , in August every two years. It is created in the Grand Palace Square, in front of the City Hall, a stunning enough location in itself. The display covers an area of 79 by 253 feet, and an area of 19,000 sq ft!  Millions of begonias are used to create another stunning display, which is best viewed from the top of one of the surrounding buildings. For a small 3 Euro fee you can get the best vantage point, and some great views of Brussels too. This tradition has only been running since 1971, but it’s a big tourist draw as it’s free if you stay at ground level, and just soak in the riotous colour. 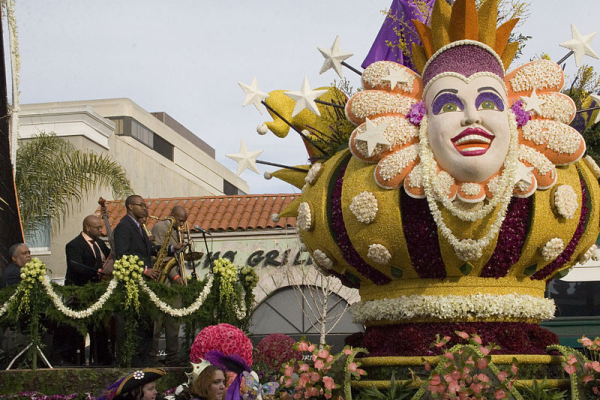 If you’d prefer to stay in the States then New Year in California might be just what you’re looking for. The Pasadena Rose Parade was first held in January 1890, and has gone from strength to strength ever since. It is widely televised on US networks and the competition is always fierce. It is part of the New Year Celebrations, and Californians certainly know how to have a good time. There are marching bands, floral floats and sports events. The floats are never subtle, but always huge fun and beautifully colourful – just right to welcome in the New Year. If you’re looking for a flower festival which has a whole lot extra on offer then Pasadena is the one for you.