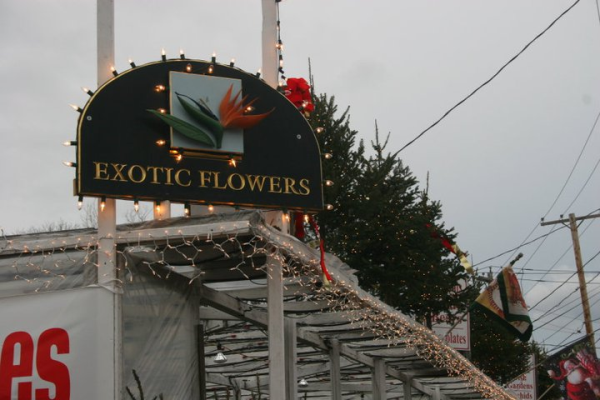 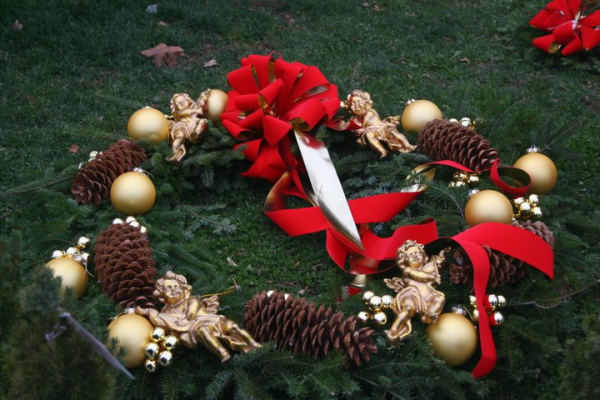 The spring is arriving and so aren’t the special holidays that makes this upcoming season a wonderful time of year.  Occurring the Sunday before Easter is the Christian observance of Palm Sunday, a celebration that marks Jesus arrival into Jerusalem.   For those who will celebrate on March 20th, many will attend masses and receive the traditional icon of the moveable feast, which stands for the people of Jerusalem lying down palms as a pathway for Jesus into the city.  For some regions that do not harbor the appropriate climate to harvest this fanlike greenery, substitutions of yee, willow or even box flower are used in its place.  For this reason, Palm Sunday can be referred to universally as “Branch Sunday”.  Bostonians who will be partaking in this festivity will most likely be handed real palms that local city florists have imported from countries around the world.  Churches generally give out the symbol in either single stems or in formations designed to mirror the cross. Although they are an intricate part of the ritual, the tropical branches can also be utilized to make their holiday centerpieces.  Here are a few ideas for a fabulous floral arrangement for your Palm Sunday festivities. 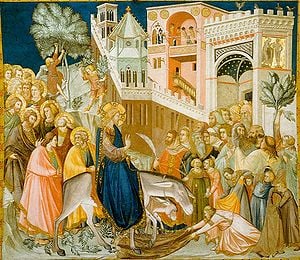 from wikipedia.org  "Entry of Christ into Jerusalem (1320) by Pietro Lorenzetti: entering the city on a donkey symbolizes arrival in peace rather than as a war-waging king arriving on a horse"

If you have been lucky to receive the customary branch of palms from your religious establishment, you would be wise to use them as décor for your holiday table setting.  The beauty of this technique lies in the greens stunning simplicity and architectural appeal.  A plain glass cylinder or square that reaches a height taller than twelve inches is ideal for displaying two or three palms or even a single sprig for a feng shui effect.  Not only is this presentation clean but visually attractive and wont interfere with the attractiveness of your dishes served on the table.  Another incentive to getting creative with your palms is that they have a remarkable longevity.  If the branches are fresh, they will be perfectly fine to showcase a week later for Easter! 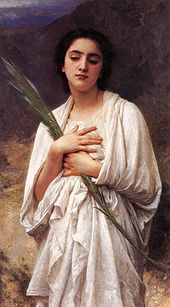 If you’re interested in swapping the customary palm for another type of look, you have several options in front of you.  New England trees and shrubs such as forsythia, pussy willow and even cherry branches make lovely substitutions and can be placed in a container alone or mix and matched together.  If you are pruning from your yard, be sure to cut the stem at an angle and then place in warm water, which will allow the flower to drink quickly and easily.  If you want to beef up your vases, take advantage of the life popping up from the (hopefully) thawed ground such as daffodils, hyacinth and tulips.  For small nosegays and low arrangements, be on the search for crocus, grape hyacinth and lily of the valley.  Not only are the blossoms bold in color but also are also complimentary with one another as well as aromatic for your home.