Rosh Hashanah begins on Wednesday, September 20th 2017, which marks the celebration of the Jewish New Year and the first of the High Holidays.  For two days, families will gather together for the festivities, dining on sweet meals, listening to the sounding of the shofar and enjoying one’s company to ring in the fresh start of a new year.  Favorite dishes may consist of challah bread, apple cake, honey and kugel, which will dress banquet tables as well as beautiful candles being lit in honor of the world’s birthday.  Among the customary rituals associated with this holiday, hosts are also planning their floral centerpieces to assist with the decor, adding another level of color and inspiration to their event.  Boston florists are preparing for this occasion by updating their inventories to appease requests for those observing Rosh Hashanah and are excited to create bouquets uniquely designed just for you! 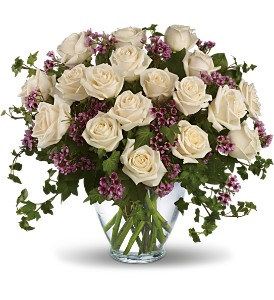 For families who follow a customary view about what types of flowers are proper to present during Rosh Hashanah, white tinted blooms are usually the best choice.  The reason lies within the custom to wear white clothing, signifying the first of the ten days of repentance.  Linens are also typically coordinated in shades of white so keeping the theme throughout will emulate a crisp and fresh presentation as well as honor traditional frameworks.  Excellent selections include: 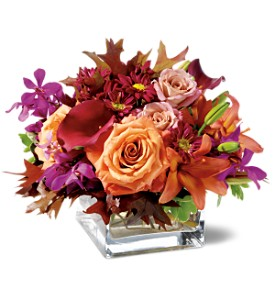 If you are looking for a more contemporary feel in your home, don’t be afraid to splash in some color if you feel too much white will be bland for your display.  Since apples are a large motif for this holiday, you can mirror stunning vases in reflection of this fruit’s crimson or green coloring.  It is the fall after all and these shades are exactly reminiscent of life blooming all around us.  Smart options include: