The Christmas season is embodied by a rich sense of love, comfort and joy which we gleefully show within our decorations, celebrations and feasts with one another.  Children in particular make this time of year especially wonderful, as they expel the enchanting spirit of “still believing”.  As parents, our own spirits are lifted because of our little one’s excitement and we relish in the fun of making every child’s wish come true.   Over time, many authors have captured these beloved aspects of Christmas by writing stories and illustrating images that not only teach the traditional customs of hanging up the lights, baking the cookies and singing the hymns to carols, but also bringing new and whimsical storylines to broaden our imaginations.  I have become a long time lover of Christmas books because of the bold coloring drawn throughout the illustrations and the beautiful magic and that is present within the pages.  My favorites are expansive, I will admit, but I’ve managed to narrow the list down to three.  Take a look and see if you can find any of your more favored holiday tales to that you read to your kids during this captivating time of year!

Twas the Night Before Christmas

Clement Clarke Moore is the distinguished poet who wrote the infamous story about the arrival of Saint Nick on Christmas Eve.  Written in 1822, “Twas the Night Before Christmas” (also entitled “A Visit From Saint Nick”) was first published in the New York Sentinel on December 23, 1823 with no accreditation to Moore, a requested condition on his behalf for having the piece featured.  Becoming a huge success, the author did not reveal his ownership of the poem until it was included in a later collection of short stories in 1844.  Over 1500 years later, “Twas the Night Before Christmas” has become a time read tradition for many of us to read on Christmas Eve where we listen to the fine words describing a special visit from Santa Claus.

How the Grinch Stole Christmas 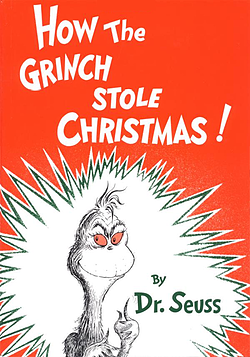 These were the famous words penned by Dr. Seuss which his iconic character, The Grinch, mutters as he figures out the true meaning of Christmas.   First published in December of 1957 where the stories goal was to teach children about what is really important to celebrate, “How the Grinch Stole Christmas” has remained the highest requested book in bookstores and libraries during the Christmas season.  There is no denying the remarkable imagination that the author used when creating the land of Wooville, depicting a story of a mean and scary green creature who looms on the mountain tops plotting the ruination of Christmas for good.  Readers are taken through a wonderful adventure that focuses on friendship and togetherness while learning the invaluable lesson of the holiday spirit. 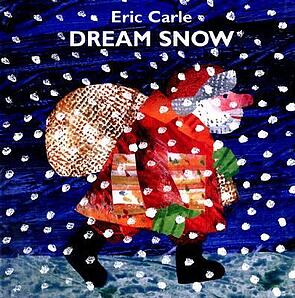 Eric Carle out does himself in this picture perfect wonderland created out of the idea of dreaming of snow.  Set during the wintery Christmas season, a man closely illustrated to resemble Santa Claus, drifts off to sleep where he imagines his farm covered in a blanket of snow.  When he is awakened, he sees that snowflakes are falling and he decides to go to his barn to decorate his Christmas tree.  The particularly beautiful and unique design of this story includes snowflakes placed on clear pages throughout the book, where when lifted, children can see five farm animals hidden.  Another lovely aspect is the button towards the end of the story that plays a sweet musical jingle when pushed. Eric Carle outdoes himself in this holiday classic where the images are bold and the storyline is splendidly simple Christmas tale.

Suzie lives in Westwood, Mass with her family. She has not only published four childrens books, but works in the children's department at the Westwood Public Library.