The Medicinal Power of Orchids

Over the weekend, I was fortunate to visit an orchid show in Winchester, Massachusetts and boy was I blown away by the impressive presentation!  So much so that when I returned home, I began researching the exotic plants to learn further about their history and purposes beyond home décor.  I was amazed at what I found!  Not only are there millions upon millions of varieties in existence but orchids are actually used for medicinal purposes as well! 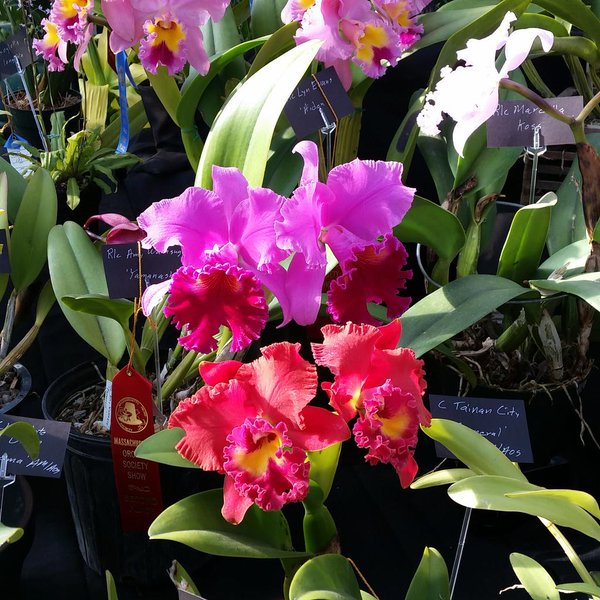 Emperor Shen Nung was the official “Father of Medicine” who discovered the flower’s healing properties, which include everything from curing sore throats to potentially lessening some of the symptoms commonly experienced by cancer patients.  Holding most of powers within their root systems, tubers and stems, orchids continue to be studied by scientists and herbalists in order to get a better understanding of potential benefits that can be used by the medical industry.

After surfing a few of the web’s top agricultural websites, I found many examples of the stunning bloom’s incredible attributes beyond their obvious rare beauty.  Take a peek at some of these spectacular species that could quite honestly be life changing for all of us!

These beautiful plants are some of the most common and affordable in the orchid family.  Along with being used predominantly for making Hawaiian leis and funeral casket sprays, dendrobiums have also been known to assist cancer patients with alleviating radiation side affects such as strengthening the immune system and improving eyesight.  Like several of the species, it’s not the flowers that are used as the main ingredient for elixirs but the stems, which are dried and ground for making tea.

This is another “orchid wonder” and maybe the most utilized for creating medicine and vitamins in countries around the world.  Orchis Mascula was the plant of choice during the Ottoman Empire where beverages were derived to help cure digestive problems, diarrhea and even gum disease.  Today, the orchid is still used in areas of Saudia Arabia, Syria and Iran.

This is another find for the medical world and has contributed to making major changes for those who experience hair loss and other low protein associated illnesses.  The orchid is also known to increase skin blood flow by drying and grinding the plant into flour when it can then be transformed into pill format or sold as an ingredient for cooking.