The Magic and Mysteries of #13 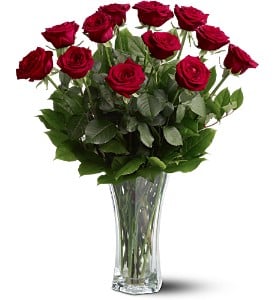 All of this sounds a little silly but the truth is, the significance behind the number 13 is very real.  Millions of people believe that #13 is a taboo and should be avoided at any and all costs.  Seeing this popular trend, I was curious as to how this number obtained such an awful reputation.  What I found was its unpopularity actually stems all the way back to biblical times!  Now that’s amazing… Here’s what I uncovered about the number 13 and see if you still think it’s unlucky!

There were 13  at the Last Supper including Jesus.  Judas Iscariot took the 13th place setting, the apostle who betrayed Jesus and hence brought about the original negative annotation for the number.

If you’ve ever noticed a hangman’s noose, you might have counted the number of loops used to secure the rope around the head.  You’ve got it- unlucky 13! This has been argued to be only 8 but documentation shows that originally, there were 13.

I bet you didn’t know that a space exploration was involved in this fiasco!  Apollo 13’s space mission to the moon in history that went wrong although all astronauts did return to earth safely.  Since then, very few missions were named #13 and almost never occur on Friday the 13th.

Speaking of Friday the 13th, it turns out this was an especially bad day when a flight from Uruguay crashed into the mountains killing several people.  The aviation catastrophe continued on that day unfortunately when another flight from the Soviet Union crashed and killed close to 200 passengers when they were nearby the landing strip.  Moral of the story is to try to book your flight on another day if possible.

Here’s something for the kiddies!  According to the awesomeness of Spongebob Square Pants animated cartoon series, Mr. Krabs declares that there are 13 swears in the English language.  I’m dying to know what they are, aren’t you?

Having a name with 13 characters is also an unlucky sign since some of the world’s deadliest serial killers are included in this finding.  Those who do have 13 letters in their name such as Jeffrey Dahmer and Jack the Ripper are supposedly cursed by the devil.

At age 13, you become a teenager and we all know that’s bad news!

Of course, in America we send 12 roses not thirteen. Send some today. :)