Along with gardening, I’m a big book lover who enjoys reading anything from middle grade/YA to thrillers.  Recently, I began the novel, “Grump” by Liesl Shurtliff which gives the (fairly) true story of Snow White and the Seven Dwarves.  Geared towards kids in grades 5-7, this fun and whimsical tale gives a new spin on what the real deal with the 7th dwarf really is.  Were they all kind and supportive of the little girl’s path towards becoming the “fairest of them all”, a title that would earn her the crown or did one of the tiny men have an agenda of their own?  There’s nothing better than a great fairytale but when you get a chance to see the story from a new perspective-it’s even more enjoyable. 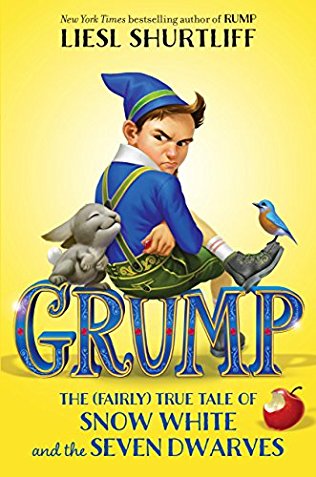 Now, if you’re interested in “Grump” then you’ll need to know the first basic trait of the dwarf.  Dwarves LOVE to eat gemstones! Diamonds, rubies, emeralds and sapphires just scrape the surface of these creatures bountiful and VALUABLE preferred dinner menu.  Not only do they dine on only the finest of treasures but they are also consuming the powers that are present with the stone such as strength, purity, and cleverness.  As I was browsing all of the powers the gems possessed, it got me to thinking about the same ability many flowers also retain and the influence they have over those they surround.  Blossoms have their own magic to give others and can be closely related to these stones and maybe even put into similar categories. Here is a list where I’ve matched the gems mentioned in “Grump” with a blooming counterpart with similar properties.  Take a peek and see if one or both pairings matches your taste! 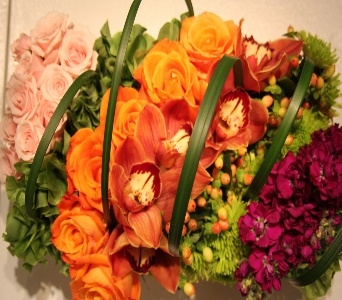 Flowers to Match your October Gemstone

If you were born in October, the gemstone that represents your birth is the beautiful opal.  Opal is a one of a kind stone as is often looked upon as being a favorite to many who adore the multi changing colors of the rainbow that can be seen on its surface.  Some cultures respect the gem as being the most impressive of all because it is believed they hold magic powers due to the unique properties they possess.  The gem holds several meanings as well such as hope and purity but can also translate into a sign meaning loyalty or faithfulness, which is why it is the official gift for 14th and 18th wedding anniversaries.  Lure also says that the Greeks believed opals had healing properties to cure ailments associated with the eyes and could possibly even have the ability to give the owner insight into the future. 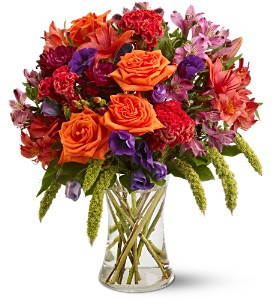 Opals are undeniably stunning with their multitude of distinctive traits which is why many florists are constantly trying to mirror this beauty with similar eye-appealing arrangements.  Unlike gems such as rubies and sapphires that are much more easily matched to red and bloom blossoms accustomed to a designer’s inventory, opals require a bit more thought when attempting to mimic their similarities in flowers.  It isn’t every day that florists come across translucent or opaque varieties when doing their ordering so they have to use a little creative thinking to replicate the presentation.  The good news is, there’s just about every tint imaginable within opals, giving way to the possibility that you can work with several different shades at one time.  Another approach is to study more of the translucent side of the stone, which can open a door into a whole other set of options. Depending on what the clientele’s objective and preference is when ordering, designers might gain a bit of wiggle room around the species they choose as well as the texture they plan to construct the centerpiece.

Baby yellow ranunculus, dahlias and roses make a wonderful gift for an October birth child because it relies heavily on the softer tones of yellow that many opals possess.  The gift recipient will also appreciate the upbeat and happy appeal that is sure to brighten up any day.

A simple bouquet of pink peonies may also be the answer because almost all opals have a strong pink pigmentation laying on the the surface. Stick again with the lighter varieties and you can’t go wrong with this springtime arrangement that still packs a “WOW” throughout the fall.

I love this combination of soft and severe blooms that when mixed together cause quite a show stopper!  Purple thistle, mauve roses, white ranunculus and black privet berries perfectly match the allure of October’s gemstone while offering a sultry and seductive charm.