Why Do We Send Gold Roses on New Years 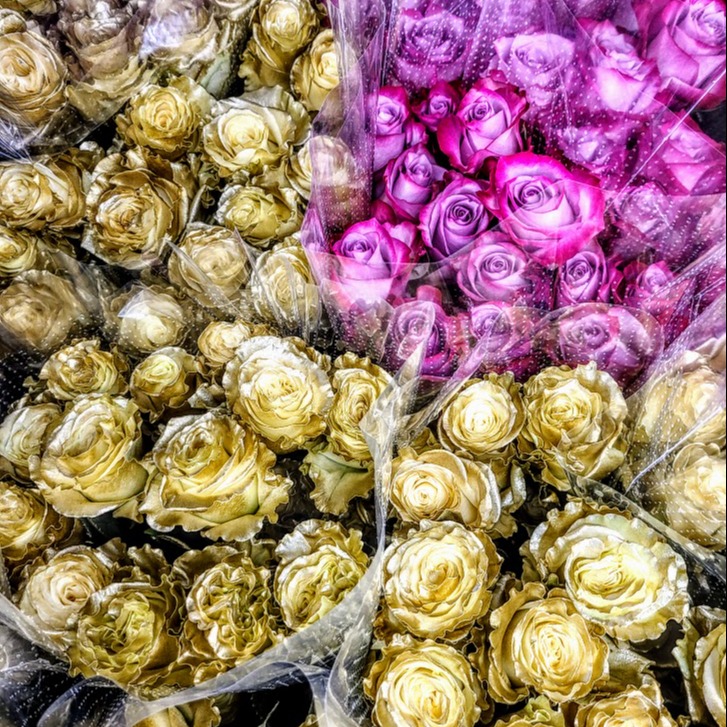 Italians eat lentils on New Year's Eve for wealth and prosperity because the flat legumes were once believed to resemble Roman coins.

At Exotic Flowers in Boston, we import thousands of roses from Ecuador every week. This year, our friends in Ecuador gifted us with metallic gold roses. In a year of depression and loss, this rose not only lifted our spirits but has been our talisman. The roses are magical. Our sales have been steady as we have endured the retail effects of the pandemic.

Stop into our Roslindale location for a dozen or order them online for delivery in the Boston area.


Happy New Year my fellow floral enthusiasts!  It’s a brand-new year and we have safely left 2017 behind us with the hopes that 2018 will definitely be an even better one for us all.  If you’re in the flower biz or just a major flower fan, you’re probably wondering what we can expect for upcoming trends.  I for one, am really excited about what the forecast foresees as the next popular line of design when it comes to arrangements for both weddings and events.  Although there are always the looks that stay with us due to their constant demand in the market, you’ll be pleased to know that expert designers are whipping up a fresh batch of gorgeous blooming expressions which will take 2018 to greater heights than ever before.  Realizing we all have our favorite bouquet combinations and color palettes, there’s still room to expand our taste to include some of these special new creations.  Check them out and see what appeals to you!

If you are getting married this year, be on the lookout for the popular arrival of headwear wreaths.  This whimsical natural display appeals to both the environmentalist and the couple hoping to infuse an ethereal feel to the garments worn by flower girls, bridal maids and even the bride herself.  The theme is light and airy combined with an angelic touch that creates a stunning platform to say, “I do.”  Many of these wreaths are made from soft pedaled flowers such as ranunculus, sweet pea and tea roses but others can be constructed using pieces from eucalyptus and magnolia leaves which also work well.  As for bouquets, visionaries predict pink on pink on more pink so if this is your favorite hue- you’re really in luck this 2018.  If this seems a bit much, ask your florist to cut back the tone with hints of gray and white.  By mixing in these colors, you’ll decrease the “pop” of pink while presenting an elegant wedding style.

When planning a party or other special event this upcoming year, keep in mind the newest tone to create a huge sensation-mauve.  You might be wondering where in the world you’ll be able to find this rare hue but funny enough, there is a list of species which are grown in this exact shade.  My favorites being lisianthus, ranunculus, drumstick allium and sweet pea, which appear almost as a cross between gray and purple.  Pair this with peach, gray, white or cream and you’ll have yourself a beautiful décor!  Just as we discussed previously in the wedding section of this post, don’t be surprised if the pink, pink, pink theme seeps into the realm of 2018 party planning.  Again, if this isn’t your cup of nuts, mix it up with the mauve to cut up the boldness of these arrangements. 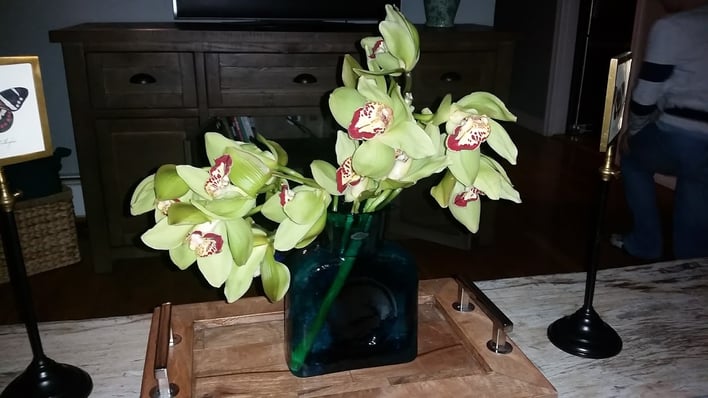 one cymbidium orchid stem can be cut in half and used a feature flower in your home for two to three weeks.

As 2016 leaves and 2017 arrives, our hearts and heads are filled with every hope of it becoming the best year ahead of us!  While we celebrate the holiday, I bet many of you took it upon yourself to make a few promises- otherwise known as a “New Year’s Resolution”.  Perhaps it was about changing some un-preferred aspect of daily life such as reading more, shopping less or losing a little weight (it’s time for those last five pounds to go).  Some of you might have wanted to strive for more patience, hope and joy, possibly take more vacations or reconnect with those you’ve lost touch with.  Whatever your resolution may have been, I hope it included something that will make you healthier and happy during the next twelve months.  One idea to enhance the human spirit and mind is to make a conscience effort to place more live plants and flowers throughout your homes.

Dendrobium orchids may be old fashioned for some, but premium stems that have flower buds that reach to the end are majestic and elegant.

I bet you didn’t know this but flowers have actually been proven to elevate a person’s mood thus benefiting their overall health.  Daisies, roses, sunflowers, delphinium or any other species can visually stimulate the frontal lobe of the brain as well as affect sensory arousal from a blossom’s aromatic properties.  Not only does the scent of a flower play a large part in the responsiveness to one’s positive reaction but the color is also a large contributor.  For example, red encourages a seductive, sensual, “search for inner perspective” type nuance while shades like green and yellow suggest a lighter, giddier appeal.  If you frequently experience spouts of depression, try inserting a few small bouquets of orange and purple arrangements in places like the bedroom and living room.  This combination of hues is said to promote mental wellness and balance.  If you find yourself constantly stressed or tense, you’re going to want to choose flowers with soft tones of blue or pink.  These cooler colors bolster a sense of ease and comfort and do best in areas like bathrooms and kitchens. 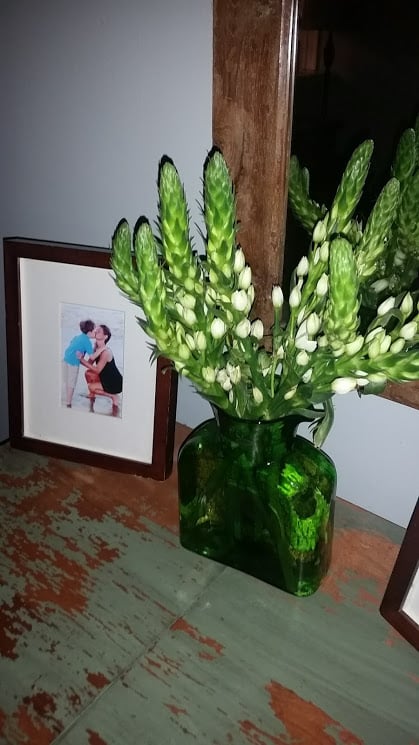 Star of bethlehem are sturdy and long lasting.

Some of you might say, “Sure, this sounds like a great idea but who’s going to pay for it?”  I understand your concern but in actuality, adding moderate stems of blooms weekly doesn’t have to cost an arm and a leg.  If you can afford to set up an account with a local florist than go for it but if that’s out of your budget, I’ll give you some hints where to start.  First of all, seek out a nearby farm that might offer year round cut flowers from their greenhouses.  They’ll most likely be pretty affordable and will also sustain an impressive longevity due to freshness.  A second tip is to start your own indoor garden where you can clip blooms throughout the colder seasons and grow outdoors when it warms up.  Bulbs are also a lot of fun to start inside and give off an amazing aroma as well. 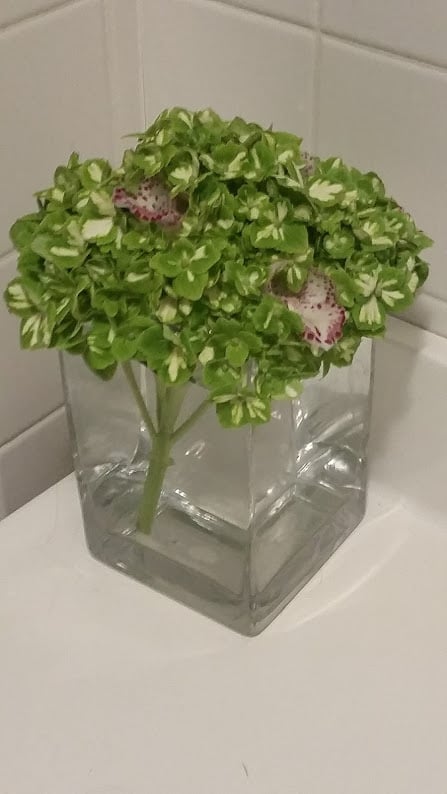 My husband salvaged the throats on spent cymbidium orchid flowers to offer exquisite detail to this bathroom arrangement.